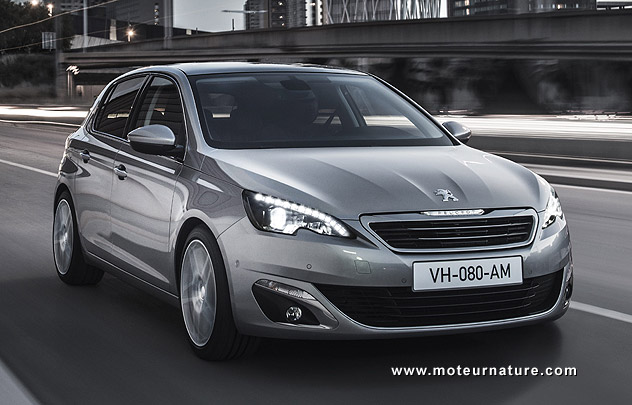 The big news for Peugeot at the Frankfurt motor show will be the unveiling of the new 308. It’s a compact, the best-selling segment in Europe, where the Volkswagen Golf has been leading for many years. The 308 should be a strong competitor, with sober clean diesels, which also happen to be very clean. That is the second big news from the French group, the launch of its new BlueHDI diesels. These are highly updated units, the first engines from PSA-Peugeot-Citroën to comply with the Euro 6 emissions regulation which will be implemented in 2015.

PSA-Peugeot-Citroën was the first to launch a production car with a particle filter (the Peugeot 607 in 2000). It’s now going one step further with its BlueHDI diesel engines with a SCR (Selective Catalytic Reduction) system to reduce NOx emissions, but this isn’t a simple add-on to an existing engine. The whole depollution system has been totally reengineered. BlueHDI technology is a complete post combustion exhaust gas treatment system, optimized to work as a single unit, and not a series of distinct technologies, each cleaning one given pollutant. BlueHDI works so good that besides cleaning out exhaust fumes, it also reduces fuel consumption (and CO2 emission).

The BlueHDI diesels will be introduced in the 308 and 508 models, before being used in every Peugeot, and then there’s a surprise with a highly optimized version for even greener credentials. This upcoming special 308 will compete with the Golf BlueMotion. It will have that BlueHDI diesel and a Stop & Start system to achieve segment-leading CO2 emissions of only 82 gram per km. That’s .288 lb/mile, or an absolutely fantastic value considering the hybrid Toyota Prius is rated at .315 lb/mile. The only two cars with lower emissions are the little Toyota Yaris hybrid and the CNG version of the Volkswagen up!. Both are very significantly smaller than the Peugeot 308, which seats five. It hadn’t happened for a while, but the French brand is leading the world!