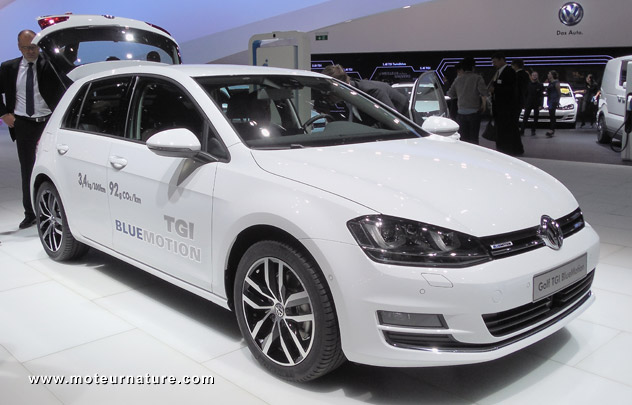 We are not familiar yet with cars running on natural gas but that may soon change thanks to Volkswagen. The German brand has been selling CNG (Compressed Natural Gas) cars for many years, but that was with models with limited appeal. They were more destined to fleets than individuals, but the Golf is now available with a CNG engine. That’s Europe’s best selling car. The Up, Volkswagen smallest model was also launched with a CNG engine at the end of last year, and those two make a big change. Everybody knows already that CNG is cheap and that driving a car running on gas costs less than one on gasoline, so there could be many people who will want to take advantage of it now that segment leaders are available with CNG engines. Well, at least in countries where there is a network of CNG stations. 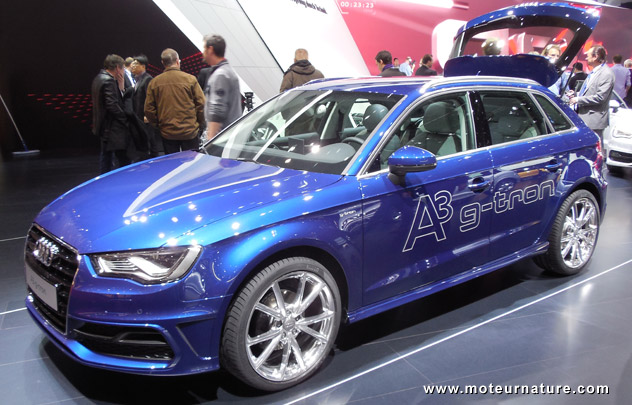 Today in Europe, only Germany and Italy have a satisfying number of refilling stations. There’s hope it will grow in other countries as well. CNG is cleaner to burn than gasoline, it’s cheap and plentiful, so there should be many new supporters just like Volkswagen. Because there’s something impressive here. When the German motorists designed their the engine for the CNG Golf, they didn’t do it on a budget. The Golf, and its sister from Audi, the A3 g-tron, has a state of art turbocharged 1.4 liter good for 110 hp and 148 lb-ft of torque at a very low 1500 rpm.

The Golf TGI (Turbo Gas Injection) has it’s called, accelerates from 0 to 62 mph in 10.7 seconds, and top speed is 121 mph. That’s perfect for a daily car. Fuel consumption is 3.5 kg of natural gas per 100 km or 3.4 kg when the car is fitted with the 7 seven speed dual clutch automatic transmission. That’s about 8 miles with one pound of NG.

The Volkswagen Golf TGI will be available in a few weeks, and the Audi A3 g-tron is expected to follow in a few months. Both should bring a sharp rise to the total of CNG cars sold.