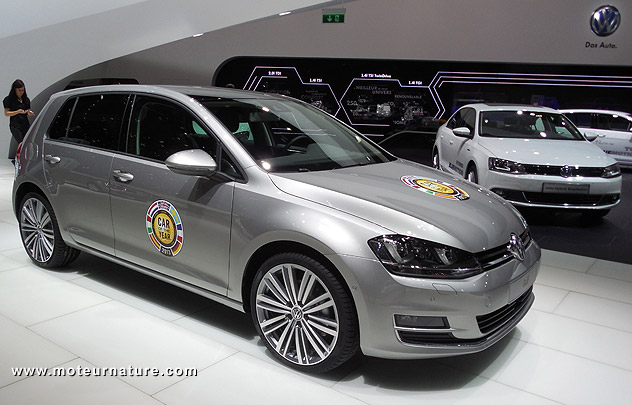 Most European countries tax cars according to their CO2 emissions and that gives a strong incentive for automakers to manufacture low emitting models. The Volkswagen group is already a much respected leader, with 245 models below the 120 grams per kilometre CO2 limit (193 grams per mile). That’s with Volkswagen, Seat, Skoda and Audi cars, but the group wants to do more, and it has announced it now supports the 95 g/km target for 2020.

This is an expected regulation from the European commission, that the average car sold in Europe from any given automaker must have CO2 emissions of 95 g/km or lower (153 grams per mile) by 2020. Only a handful of cars are this clean today, and the car manufacturers were not very supportive of the idea so far. But everything will change now that the Volkswagen group says it will comply. As the dominant player, all the others will have no other choice but to follow, and Europe will get greener cars.

But it means that to keep on selling big or fast cars like the Audi A8 or R8, the group will have to sell many small fuel efficient models. Volkswagen just received the European Car of the Year title for its Golf, it clearly wants more. It wants to lead everywhere, and few people doubt it won’t.