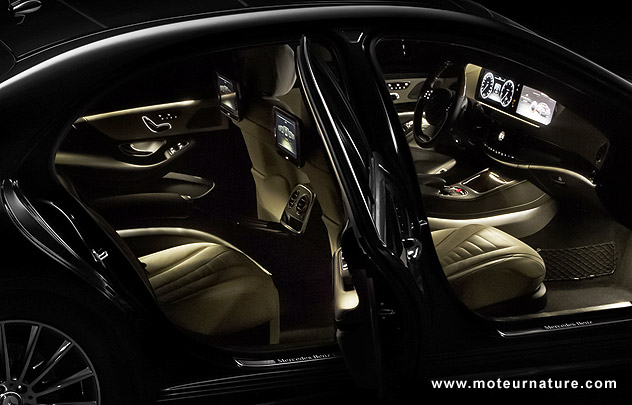 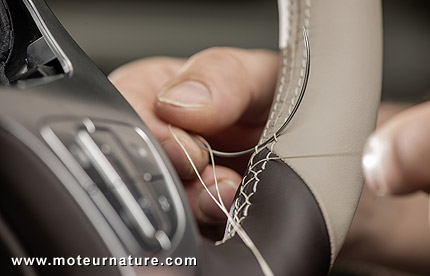 The new Mercedes S-class will be revealed in a few weeks, and it promises to be the new benchmark for luxury motoring. But it won’t be cheap, nor much green. There’s no doubt that German engineers will give it the best engines that technology can offer, and we know that a plug-in hybrid version is in the plans, but there’s a serious issue with the incredible luxury amenities this car has. Classic gauges are out and digital display is in. The driver has two large screens in front of him, and each rear passenger has its own.

There’s soft lightning everywhere, and when it comes to heating, the new S-class has no equal. Normal heating system is helped by an additional quick start unit for instant warmth when starting in the cold, then the car has heated seats, a heated steering wheel and heated armrests. A sound system is evidently there, a super smart unit to deliver 3-D sound with no less than 24 speakers. Their total power is 1,500 watts. The system can also be proactive, thanks to noise cancelling technology, to make sure passengers travel in the highest comfort available. An active perfume system will also help, as well as massaging seats.

We’ll hear later about drivetrain specifications, but if they are as advanced as the comfort equipments, the new top Mercedes will be the standard of the world. But its electricity consumption will probably be as high as of an African village. A 300 amps alternator may not be enough to power all its accessories. We understand the S-class wants to be the best in everything, but we hope most of those equipements will be options. Many people just don’t need them.