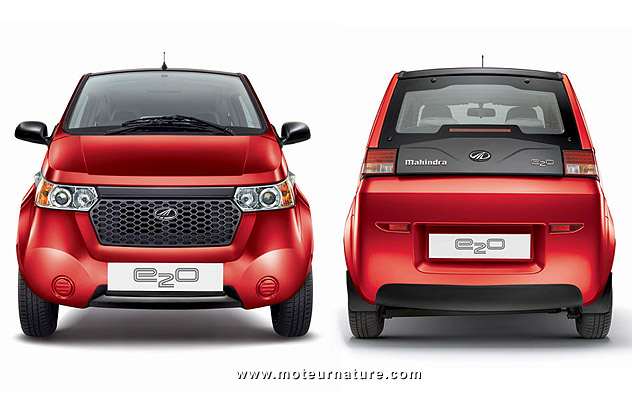 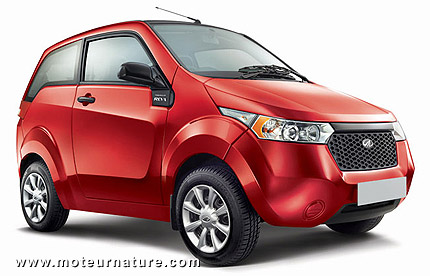 Back in September 2009, Reva unveiled its NXR model at the Frankfurt motor show. It looked like this car but everything has changed since then. The car has been fully reengineered, it ‘s better in every way, and Reva has changed too. The little company has been bought by the large Mahindra group (one of India’s largest conglomerate), and that gave it the resources it needed to make the car successful. Mahindra has built a factory dedicated to the new model. It’s one of greenest factory in India, and it has a capacity of 30,000 cars a year. Or much more that Reva could have built all by himself. 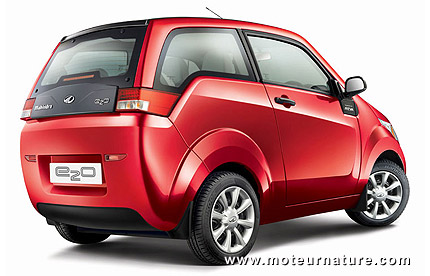 Engineers have worked a lot on cost, and it shows. The Mahindra e2o is not built the same way any standard automobile is. It has a tubular frame with ABS bony panels bonded on it. Those panels are not painted, they’re color impregnated and their look is quite different from the average new car. But an asset is that those panels will be much more difficult to scratch than metal. This construction also makes the car very light, and the Mahindra e2o weighs only 1808 pounds. That’s for the complete car, battery included! 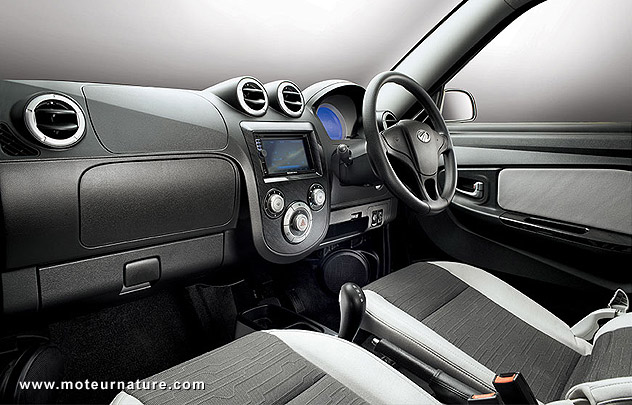 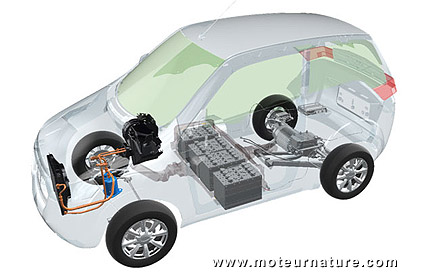 Mahindra doesn’t say much about its battery, only that it’s a 220-lb lithium-ion 48V pack. Like the car, this is also incredibly light, but the manufacturer says it’s good for 100 km (62 miles). It may be possible because the motor is a very small unit, delivering only 19 kW. Same power as a small motorbike, and torque is only marginally better at 39 lb-ft. Top speed is 50 mph. Mahindra doesn’t give any acceleration figures, but nobody can expect anything exciting. The e2o is built for India, and driver’s expectations there are much lower than in Europe or America. 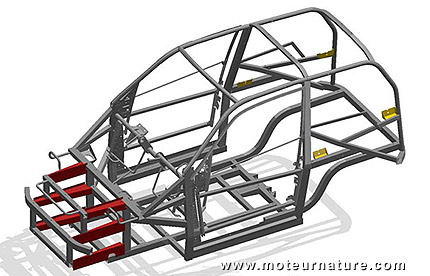 But raw performance set aside, the e2o may be quite nice to drive, because of its low weight, and a low center of gravity. Driver sits on the battery, and the car’s rear wheel drive. The e2o could be fun to zip around in the city, where it will excel since it’s so narrow: 60 inches. Height is a bit larger at 61 inches, and that makes the car looks a bit awkward, but that allows a very tall driver to feel comfortable. A turning radius of less than 13 feet will also helps, but its the low price which should make the Mahindra e2o successful.

Price is below $13,000, and that is for a complete car, battery included, with Bluetooth inside and a sat nav system. In some cities like Delhi, where’s EV buyers get an incentive, the e2o costs less than $11,000. Really little money for a new car. The Mahindra may not be as cheap abroad, because the export model (planned for Europe) may have higher specs, but this little e2o is the perfect EV for the Indian market.