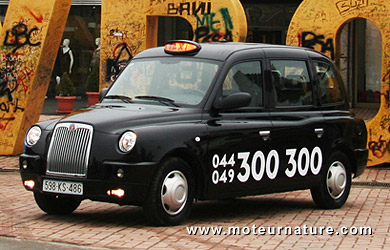 One upon a time, there were British car companies, but they’re all gone. Bentley, Mini and Rolls Royce are now in German hands, and Jaguar-Land Rover belongs to Indian Tata group. One of the last true British carmaker was a company called Manganese Bronze Holdings, which nobody needs to know anything about, except that this is the manufacturer of the famous London black cab. That company is not British anymore. It has been bought by the Zhejiang Geely Holding Group (Geely). Westerners may know Geely as the owner of Volvo, so we may assume that London black cabs, which now have an Italian VM-Motori diesel, may get a Volvo engine in the future. But we shall look further in the future.

Geely has already built many EV prototypes in China. It’s difficult to find exact data but those could amount to several hundreds of cars. Volvo also, has built a few electric versions of its C30 model. And the V60 plug-in hybrid is now in regular production. We don’t know anything yet, but if Geely is looking for a prime receptacle for its green technologies, that would be the British taxis. It seems the British people just don’t care about the ownership of their carmakers (and possibly even their existence), but the Chinese do, and it would be a fantastic marketing argument for Chinese engineering to label their technology as “in use in London black cabs”.

Geely paid £11.04m to acquire the business and the principal assets of the London Taxi company debt-free. That doesn’t sound expensive considering how iconic the London black cab is. Let’s hope to hear about a green one in a year or two.