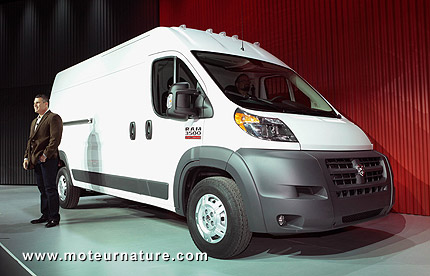 It was introduced in Chicago, but this is a vehicle familiar to anyone in Europe. This is the new Ram Promaster, a large van. It’s quite true that it doesn’t look much like a green car, but it is vastly more fuel-efficient than its predecessor, so all greenies should take notice. This new Ram is expected to be the most sober in its segment. Actually, that should be easy, since it already is in Europe where it sells as the Fiat Ducato (or as the Citroen Jumper or Peugeot Boxer). The Fiat Ducato is also available as a chassis-cab version which is a favorite of RV manufacturers. Here’s a Burstner Ixeo. 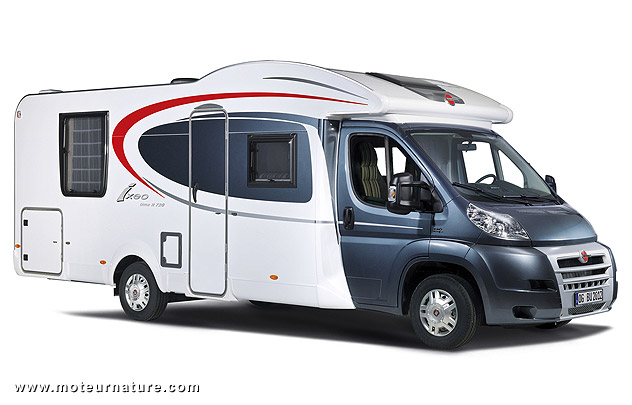 What’s not apparent in the pictures is that there will be big difference between the European Fiat Ducato and the American Ram Promaster. In Europe, customers can choose between two diesel engines. A 2.3-liter or 3.0-liter. In America, customers will get the largest diesel or a 3.6-liter gas engine. A 280-hp V6! That sounds totally incredible to any European where 100% of utility vehicles are diesel. They’re just more fuel-efficient and cheaper to use. It’s simply shocking, and ultimately much revealing about America, that a gas van will still be available there. But maybe nobody will buy it.