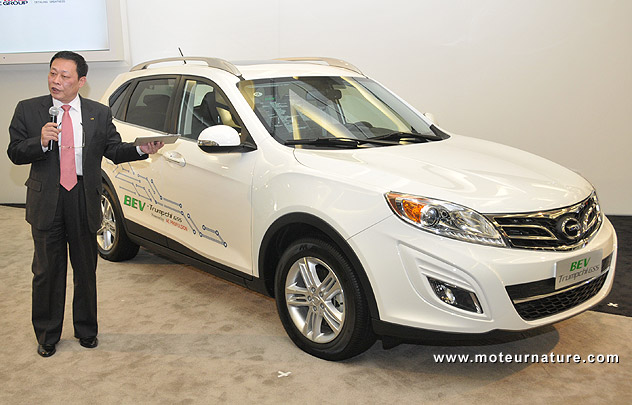 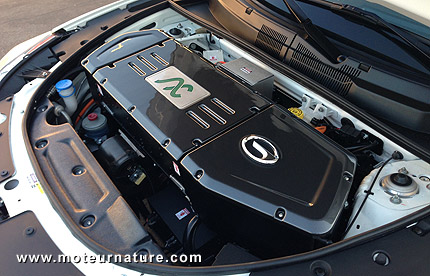 That is the Trumpchi GS5, from Guangzhou Automobile Group (GAC). It’s a compact SUV, very close in size to the Toyota RAV4 which is available in an electric version with Tesla technology. Technical specs are close, too. The Trumpchi GS5 is powered by AC Propulsion’s Gen 3 Integrated Drive & Recharge system. It gives 150 kW (200 hp) and 166 lb-ft of torque instantly. The electronics then are quite smart, because the Power Electronics Unit integrates the motor drive electronics and the onboard charger functions to minimize system costs.

Battery pack is 35 kWh but what’s interesting is that the charger is perfectly bi-directional. It can charge the car, or it can give power to the grid (or the owner’s house) if needed. The big question is when it will be available, but sadly there’s no clear answer to this. Chinese manufacturers have made bold statements before but nothing showed up after. So we shall hope that this GAC Trumpchi GS5 (what a poor name!) will become a cheap contender to the Toyota RAV4 EV, but it’s only a hope at this stage.