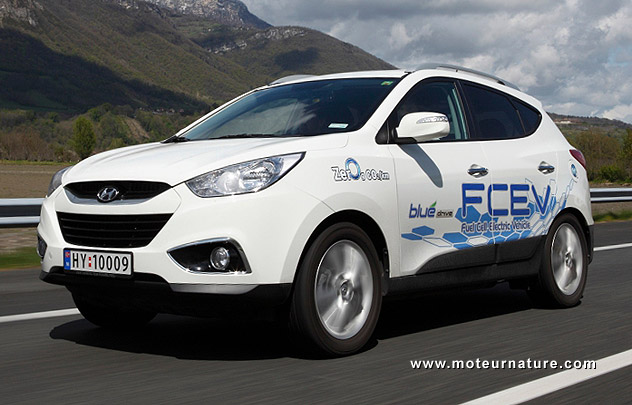 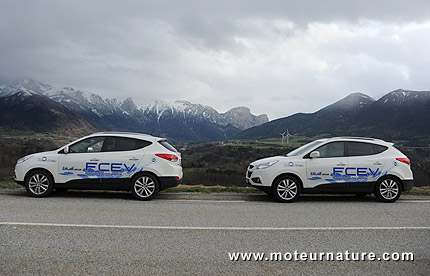 Oslo, Gothenburg, Kiel, Hamburg, Cologne, Karlsruhe, Freiburg, Grenoble and finally Monte carlo. Quite a trip, 1342 miles long! The cities listed above are the stations where the car refilled. That had to be organized because the car was running on hydrogen. Careful planning was a necessity as there were no safety net. There wasn’t any hydrogen truck following the car. There were 2 cars actually, both identical Hyundai FCEV (Fuel Cell Electric Vehicle), prototypes built on the production Tucson compact SUV (sold as the Ix35 in Europe). 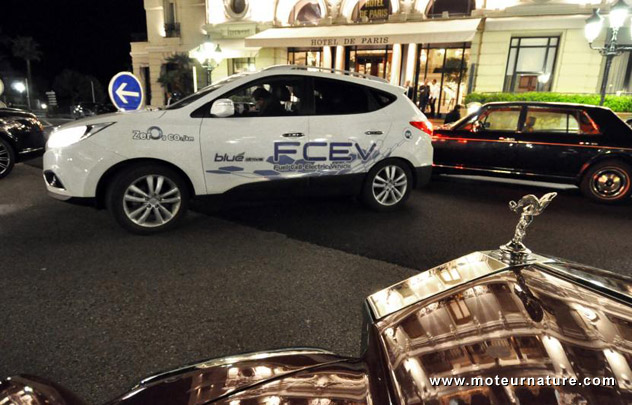 We’re still pretty far from finding fuel cell cars at dealers, but once again, this trip proves that fuel cell cars are a valid proposition. We lack the infrastructure, with only a few dozens hydrogen stations in Europe, but somehow, building a hydrogen network should be on the agenda. There is no range issue: the cars drove up to 293 between 2 fill-ups. Hyundai has already said it’s planning to have a fuel cell car in regular production in 2015. That leaves 3 years to build hydrogen stations all over Europe.