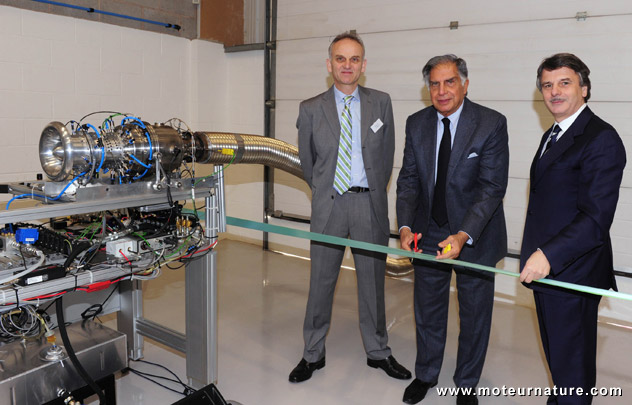 Everybody remembers the fabulously beautiful Jaguar C-X75 prototype that was the star of the Paris motor show in 2010. Besides its stunning looks, it had something unique: 2 turbines. They came from Bladon Jets, probably the only company in the world with the know-how to build a turbine small enough to fit a car. With its very high rotation speed, a turbine has never been adequate for automotive use, but that no longer stands in hybrid applications. To drive a generator at a constant speed, a turbine suddenly becomes well-suited.

This brings a renewed interest in turbines for automotive use, and Tata Motors, the Indian group that owns the Jaguar brand, also happens to be the largest shareholder of Bladon Jets. Ratan Tata, the charismatic leader of the Indian group (man in the middle on our picture), clearly believes in the technology, he just opened a new R&D center in Coventry. Of course, there’s still no date for a production turbine-hybrid car, but it doesn’t belong to science-fiction anymore.