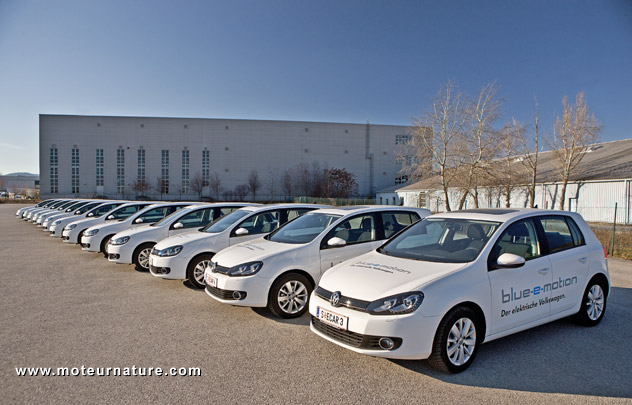 The electric Volkswagen Golf, which goes by the name of Blue-e-Motion, is already undergoing many tests in Germany, the largest in Berlin. It won’t be available to the general public before late next year, but here’s a new test outside of Germany. That’s a first. Though it’s not far away, the cars will go to Austria.

15 cars will be handed over to a few selected large Austrian companies, but their drivers should be allowed to use the cars as if they were their own, and not only for commuting. They will recharge at home or at work, eventually with the help of an iphone app to monitor the charging process. A website will be dedicated to the test, so that drivers can exchange their feelings. And in case of an emergency, there will be a 24-Hour hotline so that no EV driver will be left stranded in the cold of winter. Nice.