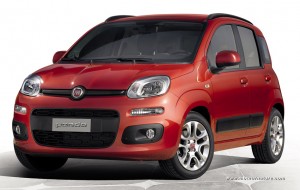 The first two generations of the Fiat Panda were both huge sellers in Europe. They came with an innovative design, and simple yet reliable mechanics, which prove to be as cheap to run as the cars were cheap to buy (the Panda is cheaper than a 500). But we struggle to find anything original in the third generation which will be introduced at the Frankfurt motor show in 2 weeks. The pictures show a car that looks a lot like the actual model, only a bit larger with rounded body lines. It has much less personality. The interior is a whole different story. Drivers from the first Panda would not believe their eyes! It’s more like Las Vegas, than what they’re used to. 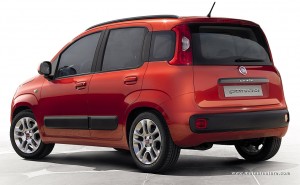 Those squarish dials are more like those of a Camaro. It feels strange when a Fiat makes you remember a Chevrolet, but opening the hood won’t leave any doubt about the car’s origin. Fiat unveiled its TwinAir two-cylinder engine in turbocharged form last year, and the new Panda will get it, but it will also get it in atmospheric form. Expect 65-hp from 875-cc. Old folks may remember the Panda from 1980, it launched with a 30-hp 652-cc bicylinder. That car was so slow, it was never imported to France or Germany, and Fiat stopped making it after a few years, but it was original! It had that unmistakable noise that set it apart from all other cars. Let’s hope the new Panda will bring back the aural charisma of its ancestor. A Stop & Start system will come as standard, and it should also prove a fuel miser. That spells like success in Europe. 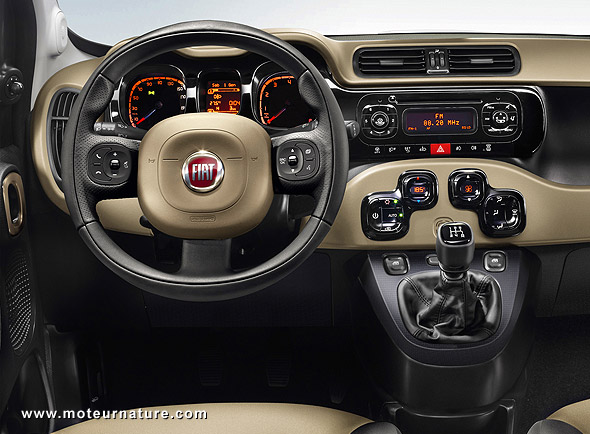