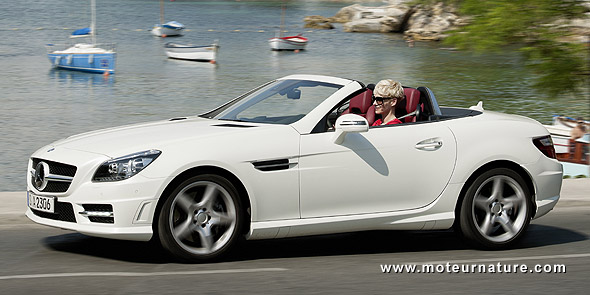 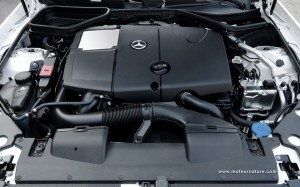 The diesel engine is a very old story at Mercedes-Benz. It started way back in 1936, and it’s been a very successful story since then, convincing most customers in Europe nowadays. But there was one little segment of the Mercedes range, that the diesel hadn’t conquered yet. Sports car. The SL and SLK models. Never say never, as the proverb says, the SLK will receive its first diesel engine, a 2.2-liter turbocharged inline-four, next month.

The Mercedes SLK 250 CDI will be unveiled at the Frankfurt motor show, with a 204-hp diesel engine under its lovely hood. With 369-lbs/ft of torque, performance will be more than adequate. Top speed is 151-mph, and it takes 6.7 seconds to go from 0 to 62-mph. And nobody will complain about fuel economy: 48-mpg on the official European test (combined). CO2 emissions are accordingly low, 20% better than a Chevrolet Cruze with the standard 1.8-liter gas engine on European figures. 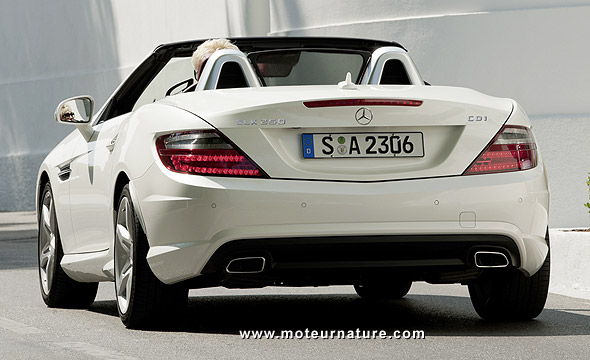 So we guess that the only thing to worry about, will come from the sound of the engine. I haven’t heard the diesel SLK, but this engine in an E-class sounds really utilitarian. It’s a far cry from a screaming six or a V8. But you can’t blame Mercedes for offering such the most economical of all roadsters. The SLK 250 CDI’s fuel economy is 35% better than a 2-liter Mazda MX-5, with better performance!

Let the market have the last word.