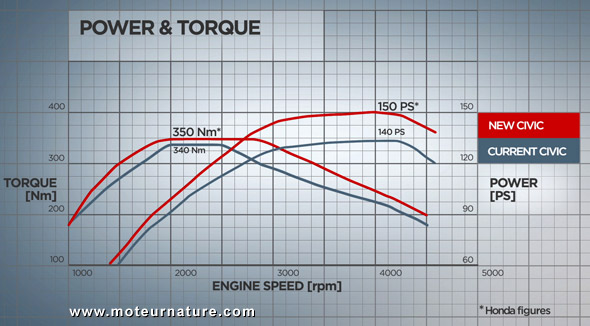 It’s not that often that the best of Europe is beaten at its own game, yet Honda’s about to do it. The diesel engine was invented in Europe, and all the best diesel engineers are in Europe, where the diesel also has more supporters than anywhere else. Honda already dented the European diesel engineering supremacy when it launched its first diesel, in 2003. Thanks to Katushi Watanabe (left), the engine development leader, Honda’s doing it again. This second generation Honda diesel will be introduced at the Frankfurt motor show, under the hood of the new Civic.

The 2012 Civic has already been launched in the United States, but the European version will be somewhat different, and it won’t be unveiled before September. Of course, it will come with a choice of gasoline engines, there will be an hybrid version too, but the diesel is the most impressive version so far. Quite simply, the 2012 Honda Civic diesel will have more power than most of its competitors, while putting out lower CO2 emissions.

The 2012 Civic diesel will get a Stop & Start system, it will have great aerodynamics, but most of its competitors do. Honda’s superiority must come from elsewhere, and it should be better engine internals, with reduced frictions on all moving parts. That’s the most impressive, as motorists know that reducing frictions is the most difficult thing to do! Let the data talk.

There’s only one question. Will Europe be alone to enjoy this new diesel?