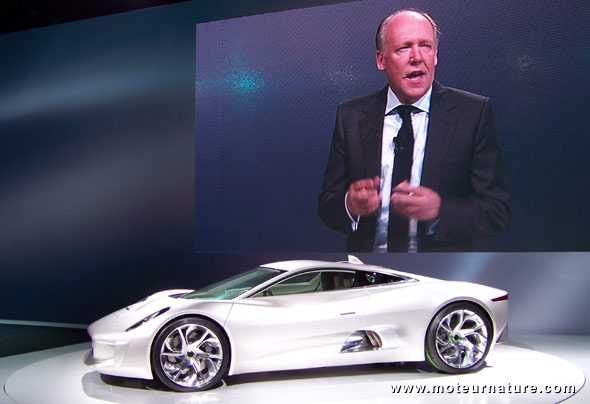 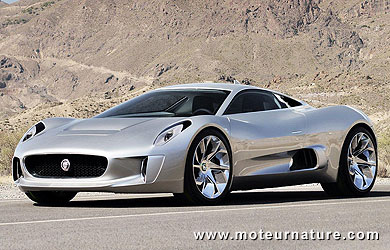 I walked past the Jaguar stand, before the press conference 6 weeks ago at the Paris motor show, and I noticed something unusual. It was some kind of a large tent, made to hide the car that was below. That is common practice for a manufacturer to hide its new product before their official unveiling, but what surprised me was that that tent was incredibly low. There couldn’t be a sedan below, it could only be a super sleek sports car. No need to say I was there when the car was revealed. And as everybody there, I was blown away. This C-X75 was much more than anyone had expected. 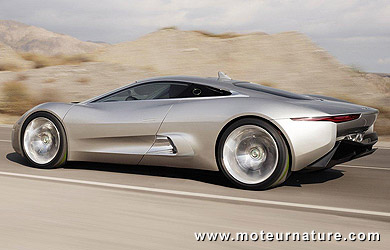 If you weren’t in Paris, you’ll have another opportunity to see the Jaguar C-X75 at the Los Angeles motor show later this week. I can only recommend not to miss it, as this car is a concept, you can’t expect to see one in the street anytime soon. But I certainly hope we will, because this Jaguar not only has a great shape, it has a revolutionary power train. The Jaguar C-X75 is a new breed of supercar, it’s a green supercar. 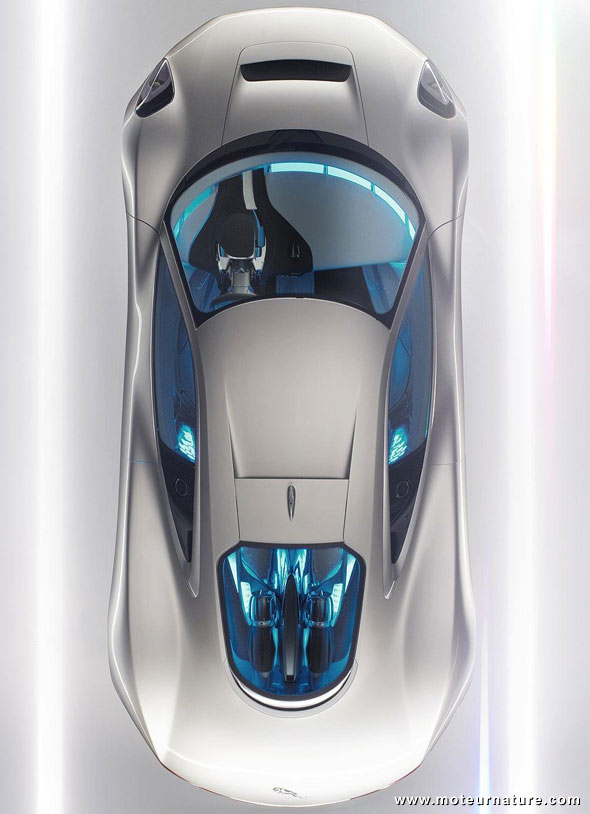 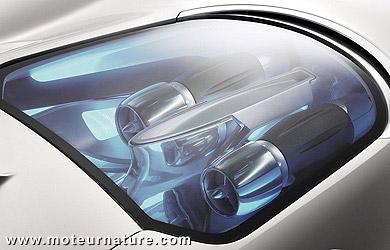 The base is an electric drive. The Jaguar C-X75 has 4 electric motors, one for each wheel, with each one giving 145-kW, making a total of 580-kW. That’s 780-hp! The torque value is even crazier at 1180-lbs/ft. Those motors give the car incredible performance, with a 205-mph top speed, and a 15-second 0-to-180-mph acceleration time. Of course, the 19.5-kWh battery pack won’t last a single minute at those speeds, but the C-X75 distinguish itself from all the other electric cars with a range extender device made of 2 turbines. 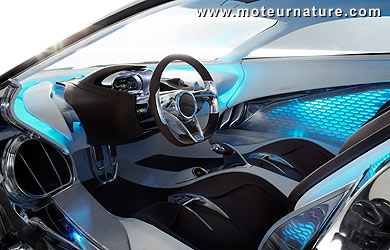 A turbine has several advantages over a conventional internal combustion engine, one of them being its very small size. Make no mistake. It would be impossible to replace the car’s 2 turbines with an ICE making the same power, an ICE wouldn’t fit. Second, and more important in my eyes, a turbine may be more efficient. Maybe. Theoretically, the turbine is more efficient and there’s solid data to back that claim. The problem is that this data is not the kind drivers are used to. 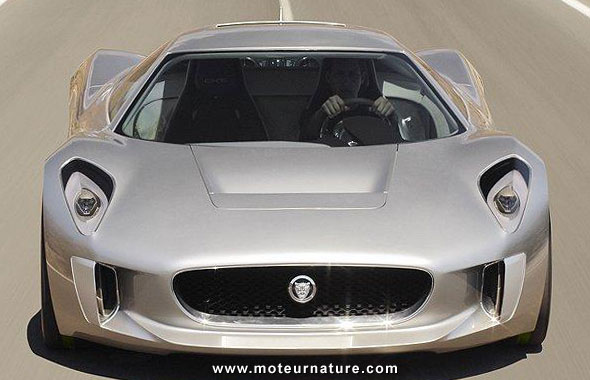 We need EPA values. We know that a turbine can’t replace a ICE in a conventional car because of its very high speed (80.000-RPM), but it could work in a serial hybrid configuration like this one. The only question is about fuel efficiency. Would the turbine be better? I just don’t know, and I wonder about computer simulations. A manufacturer has to build a real turbine car so that we can find out the truth about turbines. I hope Jaguar will.

The C-X75 looks like a million dollars on wheels, a production model could easily support the added cost of a turbine, opening a new door in automotive development.