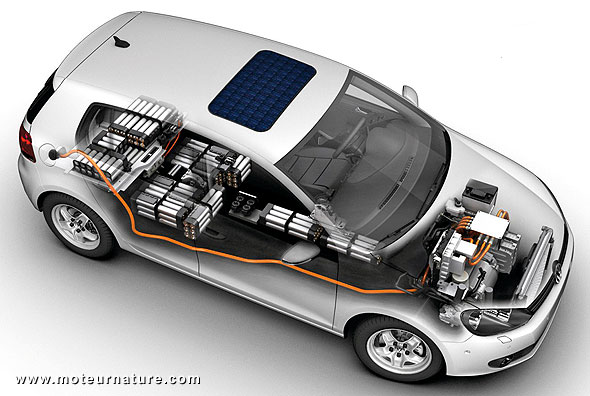 Volkswagen doesn’t hide its ambitions: to be the world’s largest car manufacturer in 2018. Judging from the last months sales results, compared to those of Toyota, it looks doable. Yet it won’t be easy because Volkswagen doesn’t want to be less profitable in any way. More sales should bring in more money, which means that Volkswagen will stick to what made its success: platform-sharing and common powertrains among many different models. 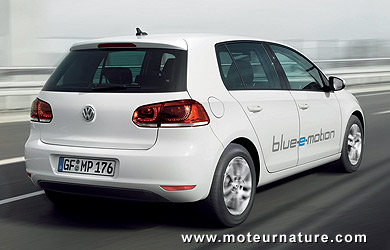 We shall not expect a stand-alone model with a specific drivetrain, like the Toyota Prius or the Nissan Leaf. So here comes the electric Golf, and it looks just like any other Golf. There’s no tailpipe, and that is the only thing that makes this model differs from the other Golfs. The interior too is exactly the same as a Golf diesel, the only thing a bit different is a powermeter where the tachometer used to be. It’s graduated in kilowatts, telling you how much power you’re using. Talking about power, you can choose how much you get.

In its normal setting, power is restricted to 65-kw, with top speed limited at 71-mph. If you need to go far, you should use the Range+ mode that restricts power to 50-kW, with top speed going down to 65-mph, but if you want to enjoy your time, the Comfort mode is for you. The motor is then allowed to give its full power, that’s 85-kW (115-hp), and top speed goes up to 84-mph. 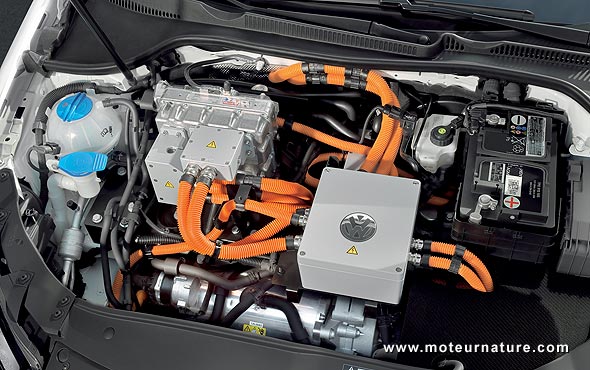 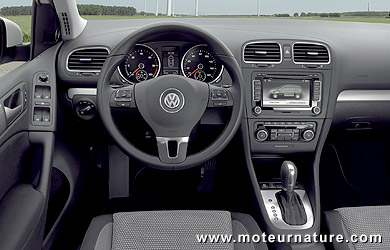 The battery pack takes about every space available in the car, making a total of 26.5-kWh of lithium-ion cells weighing 700-pounds. The range is 92-miles which is not much, but this electric Golf is only a prototype at this stage. I’m confident the production model will have a longer range, and so does Volkswagen. They just need to find the right cell… For the driver, as with most sophisticated electrics, regenerative braking is user-adjustable. I remember an old AC Propulsion prototype which did it with a rotating dial, Volkswagen’s doing with the gear lever, giving four levels of motor braking. Pretty neat. 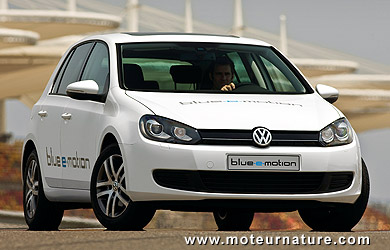 The main question now, when will this car be on the market? Volkswagen says in late 2013. So it won’t look like this car since we’re expecting a new generation of Golf in 2012. That may sounds late 2013, but it’s not. Electric cars won’t have a single percent of the world’s market in 3 years, and whereas the first manufacturers to sell electric cars will have to spend a lot in communication and marketing to create the market, the late comers will arrive just right to cash in. That of course, providing they have the right product…

The best part of the plan is that Volkswagen is a world leader in platform and component sharing. Once the engineers will have sorted out a smart electric drivetrain that fits the Golf, in a matter of months, Volkswagen will be able to launch half a dozen of different models that will use it.