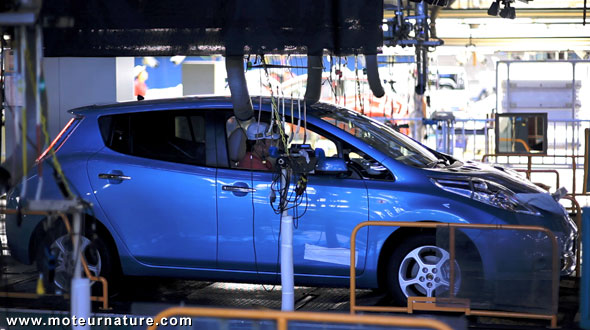 We’ve seen electric cars before, the roadster from Tesla Motors is one, the little Think city car is another one. The famous roadster is built by Lotus in England, I don’t think they’ve ever made more than 15 in one week. Production rate is higher for the little Think city car, but that one is a very basic automobile, with cheap plastic everywhere inside. The Nissan Leaf is a normal car. 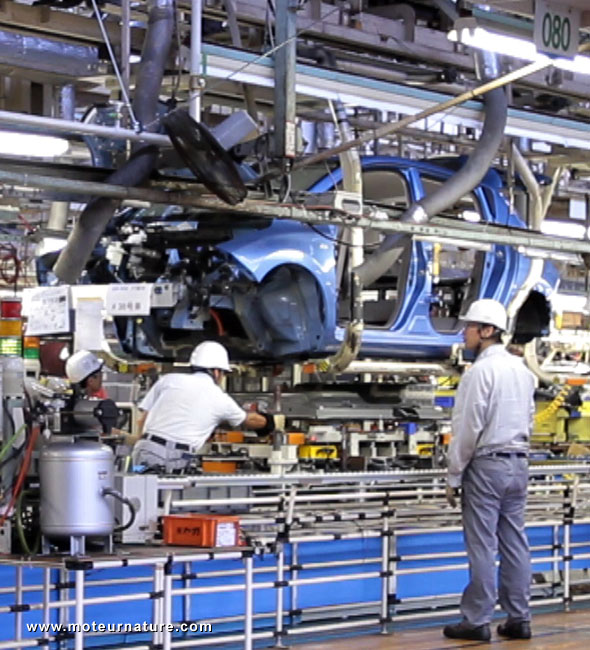 And so was the GM EV1, if we look in the past. But production numbers were very low, and GM only made a few cars a month for a few years. The EV1 never entered mass production like GM is used to. The French group PSA Peugeot-Citroën also made electric cars in the nineties, thousands of them, but most were not built by PSA himself. Heuliez instead, a contract manufacturer, made them, 6400 of them, on a very simple assembly line, since the cars were gasoline models converted to electric power.

The Nissan Leaf is a true electric car, yet it manages to be built among standard gasoline models. 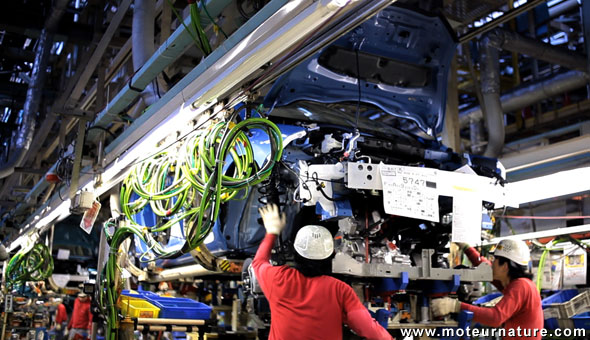 That is smart manufacturing as it’s the same assembly line that also makes the Juke and Cube models (which are gasoline or diesel). Workers install the battery pack on the Leaf at the same point they would install the fuel tank on the Juke. Next is bolting on a motor or an engine, the same Nissan workers do it at the same place. 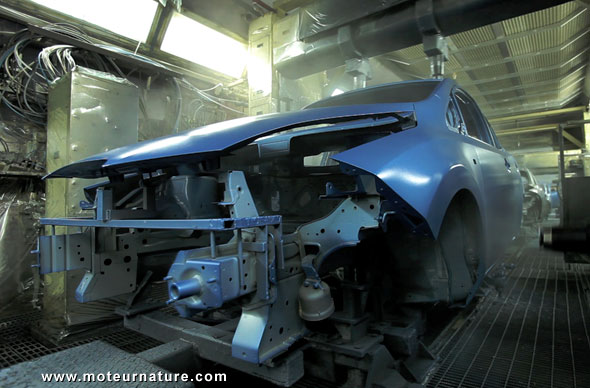 The Leaf will also be built in Smyrna (Tn), and Sunderland (UK), with the Oppama plant being the role model for both factories. In my mind, that Japanese factory should be copied the world over, by all car manufacturers.