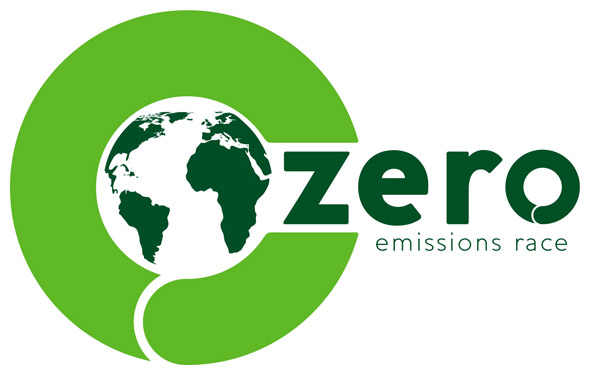 The Zero Race has started! Nearly 19,000 miles of driving, traveling all around the world without CO2 emissions, thanks to electric power. 4 teams are leaving Geneva, Switzerland, today, and they expect to come back in 80 days, like Jules Verne gave the idea in the 19th century. They will drive from Geneva to Shanghai, then the vehicles will get on a plane to Vancouver. On the road again to Cancun, Mexico, and another plane to cross the Atlantic, taking them to Lisbon, Portugal. 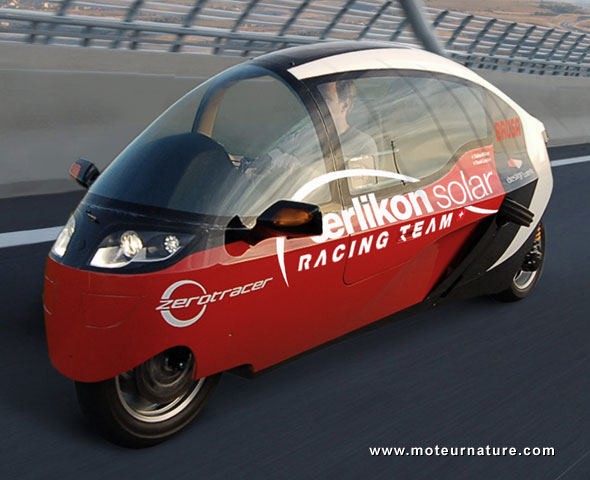 The cars, I’d better say the vehicles, are all very original. Not production models, they’re prototypes. The most original might be the Swiss team with a vehicle called the Zerotracer (pictured above). It’s a motorbike with a full body, and 2 small side-wheels that lower themselves to the ground at low speed. This, automatically, and they lift themselves up with the Zerotracer gaining speed.

Next is the Australian entry, the Team TREV (pictured below). There’s also a Korean and a German team, with all vehicles having a range superior to 155-miles, and the ability to recharge in 4 hours or less, to be able to travel 300-miles a day. The Zero Race is organized by Louis Palmer, the first man who ever circumnavigated the world with solar power. He wants to prove that sustainable transport exists today, and he’s succeeding! 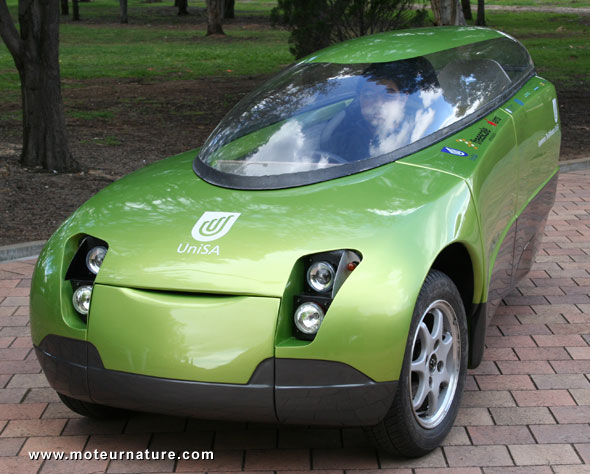