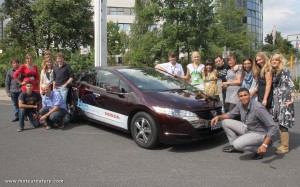 You’ve never heard of it, the European Youth Parliament has no political power. It’s a non-profit organization whose goal is to bring together young Europeans from different countries, inviting them to get involved in the continent’s development, while showing them the vast cultural diversity of Europe, as shown by its young people. Occasionally, a session may show the technologies of the future, and this is what got our interest here. 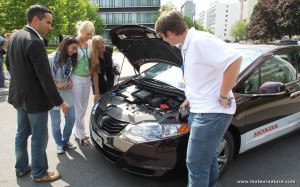 The 64th International Session of the European Youth Parliament was in Frankfurt. There was a committee on transport and tourism, and surprisingly, Honda was there. It was certainly a surprise because Honda is a Japanese company, but it was a great opportunity for the young people to discover a real green car, with its only emissions being water vapor. A Honda spokesman explained how a fuel cell works, and then he took some people for a ride.

How cool! A ride in a CO2-free car, what a great way to gain confidence in the future! 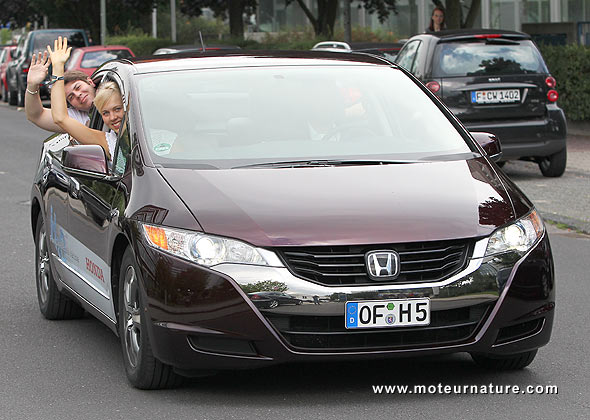