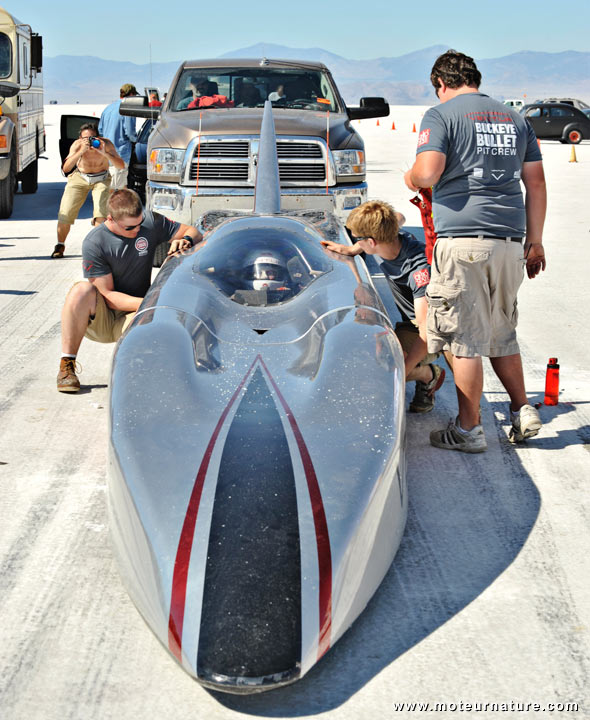 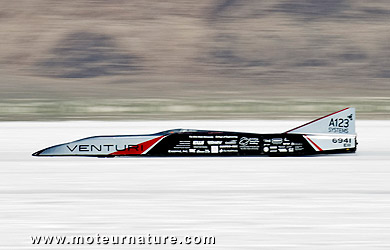 This is no ordinary electric car. It has been officially clocked at 307.7 mph. That is the average two-way speed the Venturi Buckeye Bullet attained at Bonneville, with official certification from the Federation Internationale de l’Automobile (FIA) pending. Actually, the Venturi Buckeye Bullet was clocked at 320 mph, but FIA regulations need average speeds to make a new speed record. 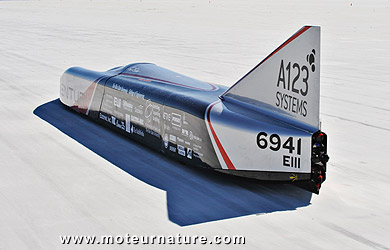 But there’s no doubt that we’re looking at the fastest electric car ever made, easily beating the previous record of 245 mph. With a 600-hp motor and lithium batteries from A123 Systems, the car was built by students from Ohio State University with help from French electric car manufacturer Venturi. The Buckeye Bullet will be a star of the upcoming Paris motor show, alongside the electric Citroen that went from Shanghai to Paris earlier this year.

Who said electric cars were only for city driving?