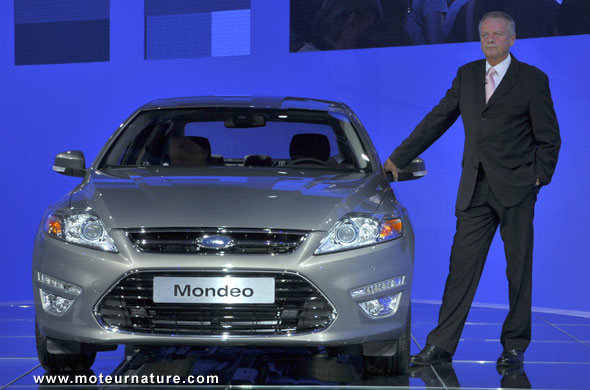 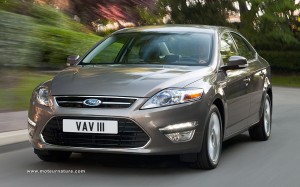 Next Focus will be a true world car. But the current model is not. There are different Focus for each side of the Atlantic, and that is also true for the car above the Focus in Ford’s range. It’s the Fusion in the U.S. and the Mondeo in Europe. So things are changing for the Focus, and I’m confident they will change for the Fusion/Mondeo too. Because it’s just poor management to manufacture 2 different cars with so comparable specifications. You’d think the American car is larger than its European counterpart, and you would be wrong. Both cars have exactly the same length, and the European Mondeo is one inch larger than the Fusion. 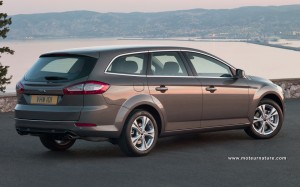 The Mondeo has just received a facelift, with its unveiling at the Moscow motor show last week, it’s now available with Ford’s latest Ecoboost engine. A 240-hp 2-liter four-cylinder, it’s should offer the strength of a six with the fuel economy of a four, and it pretty much succeeds at it according to European official fuel economy data: 30-MPG. That’s the combined figure (city and highway), and I find it quite impressive for a 240-hp family sedan with sporty pretensions. How about a 152-mph top speed?

If you’re more interested in fuel economy, you may prefer the diesel version: 200-hp, a strong 330-lbs/ft of torque and a 39-MPG combined fuel economy rating. There’s no hybrid version, but the Mondeo comes as a sedan or a wagon, and I have no doubt many Americans could enjoy its superior German Autobahn-tuned road dynamics. While some Europeans may enjoy the sweetness of the hybrid Fusion…

Having both powertrains in the same car would also give the customers the choice between gasoline hybrid and diesel, I would enjoy that choice between different green technologies, and I’m sure I wouldn’t be the only one.

One thought on “Could the Ford Mondeo be a better car than the Fusion?”