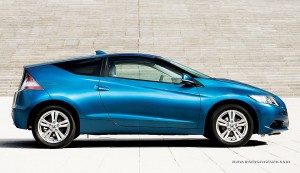 With 3 hybrids in its line-up, Honda is clearly a strong believer in hybrid technology. But that’s not enough for some people, who think Honda’s system, called IMA (Integrated Motor Assist) is inferior to Toyota’s HSD (Hybrid Synergy Drive). They’re not totally wrong. You can drive at low speed on electric power only in a Toyota hybrid, not in a Honda. But this is about to change, as Honda is working on a plug-in hybrid model.

This new hybrid system will not be for small cars, like the CRZ (left picture) or the Insight, it will be scaled for larger models. Maybe the Accord, but Honda’s CEO, in its mid-year speech, didn’t give anymore details. We bet on the Accord, as Honda needs to compete against the Camry hybrid, and that with the ability to plug, it would give the brand a strong advantage. Back to small cars now, with the IMA system, Honda announces more models, first one will be the Fit (right picture). A great little sedan, the Fit will be even greater as an hybrid. It will be launched this fall in Japan. We should expect it here in 2011. 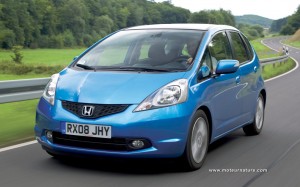 When it comes to the Civic, this model will be redesigned next year. Actually, a totally new car is expected, the IMA system should not change much, but the battery will. It will become a lithium-ion. Compared to NiMH, it should be a bit lighter, but more important, it should allow “larger” and “faster” current flows. Meaning better response to the driver. And more economy too, as the gas engine could be stopped more often. For small cars again, Honda’s working on a new small diesel engine. Smaller than the actual 2.2-liter, it could be a 1.6-liter. But it’s not clear yet, if it will be available outside of Europe.

Honda’s CEO has also confirmed it will launch a small electric car in 2012, in Japan and in the United States, but we can expect more from motorbikes.

The chinese market is already very hungry: electric scooters are selling like hot cakes, and Honda cannot ignore it. So Honda will launch several electric motorbikes in the future, some for emerging markets, some others for matured countries. No timetable is given, but Honda’s working hard on that, and we can expect something big.