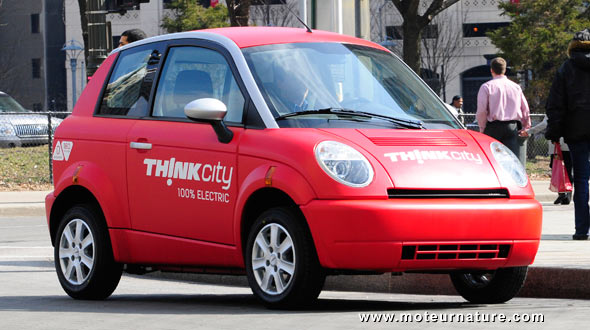 The bad times seem to be over for Think, the small electric cars manufacturer from Norway. How normal! With so many people talking about EVs, it’s about time to realize that Think is one of the very few, the only one in fact, that has one that is fully developed, and homologated. The Think City has got european type approval, there is no other electric car anywhere that went, and succeeded, through the same tests. With buyers more vocal, and politicians launching incentives for electric cars in several countries, investors see the opportunity.

Think will get an additional 40-millions dollars of investments, that should help him organize new sales channels in the many countries where its little electric model isn’t available yet.