Pontiac’s dead, Saturn’s dead but Hummer could live? That sounds crazy, but it’s not. 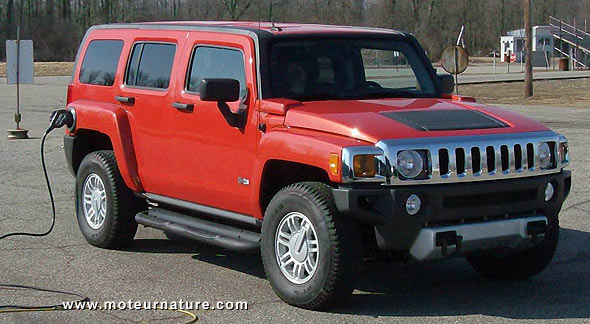 You may remember having seen a plug-in hybrid Hummer H3 last year. It’s been at several motorshows, and Arnold Schwarzenegger famously had a look at it. That vehicle was a prototype developed by Raser Technologies, an Utah based company. Their goal was to make a deal with General Motors, and convert Hummer H3 to electric drive in their factory. But things didn’t go as planned when GM went bankrupt last year. In an unexpected move, Raser made an offer to buy Hummer from GM, but a chinese buyer was prefered. That one is now gone, and according to The car connection, Raser made a new offer to GM. The big company has not given any answers yet, and officially, the Hummer brand is about to be wind down. 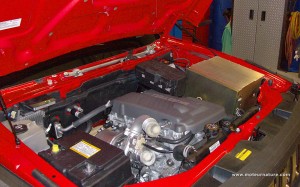 That would be kind a sad. Sure, we know the Hummer is a symbol of excess, but we shall never look down at a good business opportunity when there’s one. Hummer’s a strong brand, making tough vehicles. They’re reliable too. Sales are down recently, but Hummer was making money not so long ago. The customers had some very wealthy people among them too. If the plug-in hybrid drivetrain developed by Raser is as good as they say, and if it’s possible to market it at a sensible price… I’ve seen worse business- cases!